What started as an idea to include ocean plastics in the packaging of maritime components now lives on as a start-up company.

PJ Diesel Engineering have partnered up with KEA – Copenhagen School of Design and Technology with a vision to include “ocean plastics” for packaging of maritime components. The vision quickly evolved into a project with over 20 production technology students all with one goal – use ocean plastics as an ingredient in designing the maritime transport box of the future.

The project since evolved as a group of students later ended up with founding their own start-up with the focus of removing plastic waste from the oceans. Read more about the company here

The project also made unglobalcompact.org as part of a report made by Copenhagen School of Design and Technology. The report can be viewed here – the project is described on page 34. 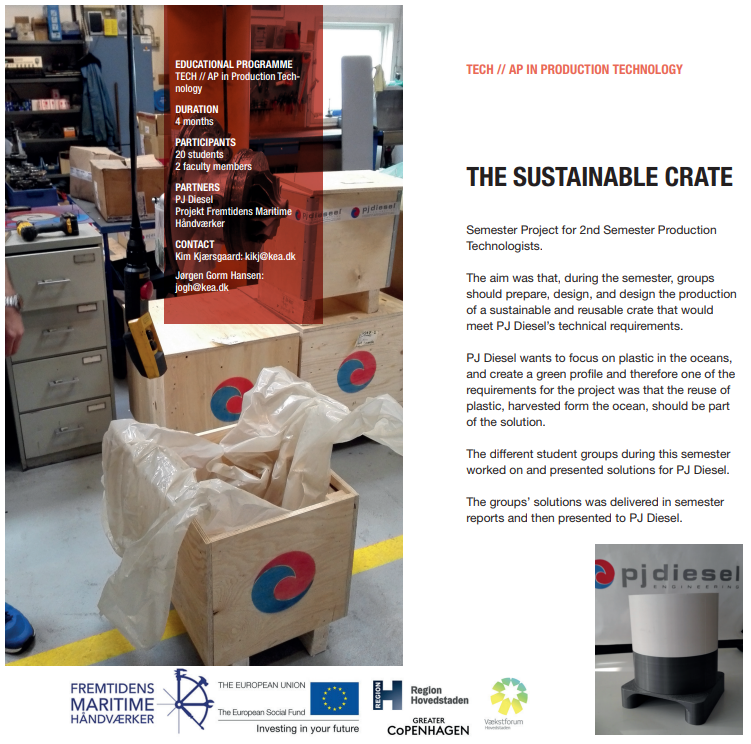