The Company is certified and compliant according to national regulations.

The following points are emphasized in our operations although company compliance with MLC 2006 is not limited to these points only: 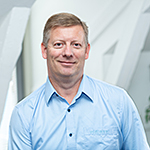